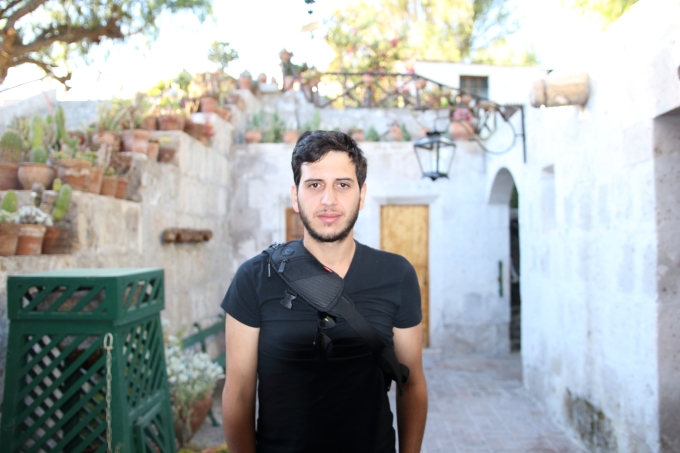 Ludovico is a PhD researcher in Political Science and an amateur photographer. Originally from Peru, he is currently living in Holland. His first introduction to photography was at the age of 8 when he was given a camera. He loved taking landscape shots, until he took a world trip with his wife and became interested in photographing people. Ludo became part of the GivePhotos project when he traveled to Sierra Leone for a conference. His beautiful photography can be seen @journeywithoutend

When did you start giving photos?

I first started giving photos during my wedding in 2016, when a friend lent me his Fuji Instax camera so that we would have some nice impromptu photos with the guests. When I saw how much they enjoyed it, I started thinking about doing it for other occasions as well. Then I read the BBC article on the Give Photos project, and I thought their idea of sharing photos with people was a brilliant way to connect with them. 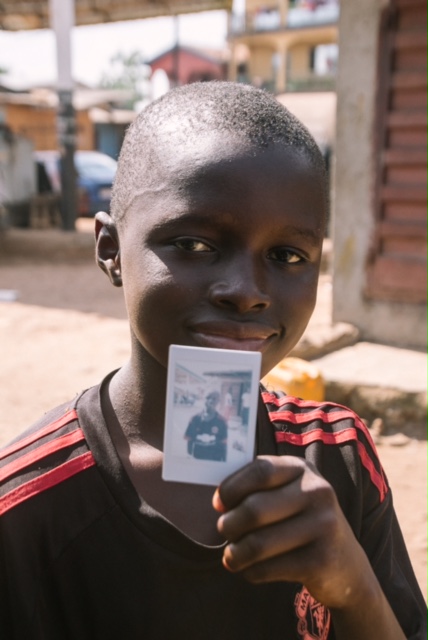 What motivated you to do it?

There are two reasons. First of all, I am a political scientist and do research on how certain conditions can create grievances in people that may lead them to perpetrate group violence. In my experience, one of the prevalent drivers of conflict is a fear of strangers, particularly when it refers to people of another identity. The more that people engage with each other, the more they are exposed to other ideas and cultures, and the less likely they are to develop this fear. I don’t proclaim it will resolve any conflicts, but engaging in meaningful conversations with strangers can potentially counterbalance this development. Sharing photos allows you to strike up a conversation and enter in dialogue where you otherwise might not have, and the bonding moment is permanently encapsulated in the photograph.

Second of all, as engaging as it is to take photos of people, the experience is not the same for the other person involved. Often they catch but a fleeting glimpse of themselves on the back of the screen and their experience ends there, whereas we get to look at it back home and share it with others. The experience changes entirely when you offer them their photo. They get to keep a memory of themselves and the moment you shared together. By giving back, the exchange becomes more balanced, and it makes photography that much more fulfilling.

What equipment do you use and why?

The Give Photos project was generous enough to sponsor a Fujifilm Instax Mini 90 camera for my visit to Sierra Leone, along with 100+ prints. I would carry this together with a Canon 100D and several lenses (18-35mm f1.8, 50mm f1.8) to take people’s portraits. After some time experimenting with workflows, I developed a system that worked best for me. I would strike up a conversation with a person, asking to take their photo. First I would use the Canon to take an initial portrait, then take a snap with the Fuji camera. We would chat further whilst the print developed, and I would use the Canon again to take any reaction photos.

Can you share one memorable story with us about your experience sharing photos?

Often when I would take portraits of children, they would run over to their friends and family to show them the print. Five minutes later they would return with a crowd of people, all hoping to get a photo of themselves as well. I often had to organize villagers into queues and recruit colleagues to take down names and stories in order to document it all properly. After a few days, I was known in the town as ‘the Snapman’. It was often absolute chaos, but a lot of fun!

Do you have any suggestions for people who would like to give photos?

Asking people if they would like ‘a snap’ is a good icebreaker for a conversation. By sharing photos, photographers who might be initially shy or introverted learn to take the initiative and engage with people. I have never done it as much as when I shared photos in Sierra Leone, and it felt incredibly liberating. My one suggestion would be to find a balance between sharing photos and talking to people, since it is difficult to combine them properly.

All photos and captions by Ludovico Alcorta.